Representatives of the MARLISCOpartnership from the 20 partner organizations and theadvisory panel came together at the project final meeting to take stock of the project achievements and explore options for the long-term sustainability of the project's results. The meeting was held in Rome, from the 9th to the 11th of February 2015  and was organized by the Project Coordinator, the Province of Teramo.

After a short welcome address by the Project Coordinator, Doriana Calilli from the Province of Teramo, the first day of the meeting was launched and dedicated to reviewing the main achievements, outcomes and results produced within the project, in a session facilitated by Milena Patuelli, Financial Manager for MARLISCO.

The MARLISCO Stakeholder Survey perceptions and attitudes towards marine litter  (Bonny Hartley, University of Plymouth) for the general public has been launched at the beginning of February 2015 and will be closed on the 2nd of March (info at http://www.marlisco.eu/news-detail.en/items/reduce-reuse-recycle-your-views-everyday-behaviours.html), hopefully with a response even greater than in the first round, reaching 3748 respondents (info at http://www.marlisco.eu/stakeholder-survey.en.html). Other evaluations of the MARLISCO activities, such as the video-contest, the public exhibition, the e-course for educators and the national fora, are on-going and will be finalized and disseminated soon.

The MARLISCO Video-contest  (Joana Veiga, EUCC), run in 2014 in 14 European countries, actively involved 2.123 youngsters and supported 118 schools, for a total amount of 379 submitted videos and 31.438 total views of the 14 national winners. The Video-contest teaser was launched during the 7th European Maritime Days Ceremony in Bremen, Germany, 19-20 of May 2014, with an official recognition by DG MARE Commissioner and the participation of 80 youngsters from 13 countries. The videos and the trailers are now under dissemination (info at http://www.marlisco.eu/video-contest.en.html).

The MARLISCO English and French versions of the Web Documentary (Kristina Klesse, EUCC-D, Arnaud Dressen, HonkyTonk), aiming at sensitizing the general public on the marine litter sources, impacts and solutions through an interactive manner, are under final review and will be launched soon.

During the second half of the first day, each National Partner gave an overview of the MARLISCO activities implementated at a national level (DE, DK, UK, IE, NL, ES, PT, FR, IT, SI, CY, GR, BG, RO, TK), specifically focusing on the national video-contests, the educational activities and the marine litter exhibitions.

The AP session was followed by a Regional Node Leaders session (Thomas Maes, from CEFAS, Thomais Vlachogianni from MIO-ECSDE, Ryan Metcalfe from KIMO Denmark and Mihaela Candea from Mare Nostrum) focusing on regional aspects and corresponding activities of the project, addressing sustainability, replicability and 'cross-fertilization' issues.

Specific attention was given to the most recent National MARLISCO activities, the national fora about marine litter, whose aim was to address the current scientific, technological and societal positions with respect to marine litter and bring together relevant stakeholders to consider how to address the current marine litter problems. 8 fora have been carried out so far, reaching 466 live audience attendees to be summed to the around 465 virtual audience participants.

As for the Educational Activities (Iro Alampei, MIO-ECSDE), the English version of the educational material "Know Feel Act to stop Marine Litter" is finalized and the pack is under translation by 14 National Partners (they will be available at http://www.marlisco.eu/education.en.html).

The first and second editions of the e-courses for trainers focused on the educational pack are concluded and were attended by 191 educators, 69 from 13 countries in the I round and 122 from 18 countries in the II round (read more at http://www.marlisco.eu/news-detail.en/items/marlisco-e-course-about-marine-litter-second-edition.html).

The English and French versions of the Serious Games, simulations of real-world events or processes designed for the purpose of solving the ML problem and raise awareness, are ready and will be disseminated soon together with the national translations of the game, which are ongoing (keep an eye on http://www.marlisco.eu/serious-game.en.html).

The final day of the meeting focused on the project next steps, particularly related to the last deliverables finalization, such as the guidance on marine litter problems-processes and solutions or the recommendations on how to communicate with stakeholders, the multimedia tools (serious game, web-documentary), the thematic and targeted marine litter brochures,to be finalized, translated and distributed, and the project synthesis, to be concluded within May 2015.

The MARLISCO.eu website will be updated with all the final MARLISCO outputs during the next weeks. 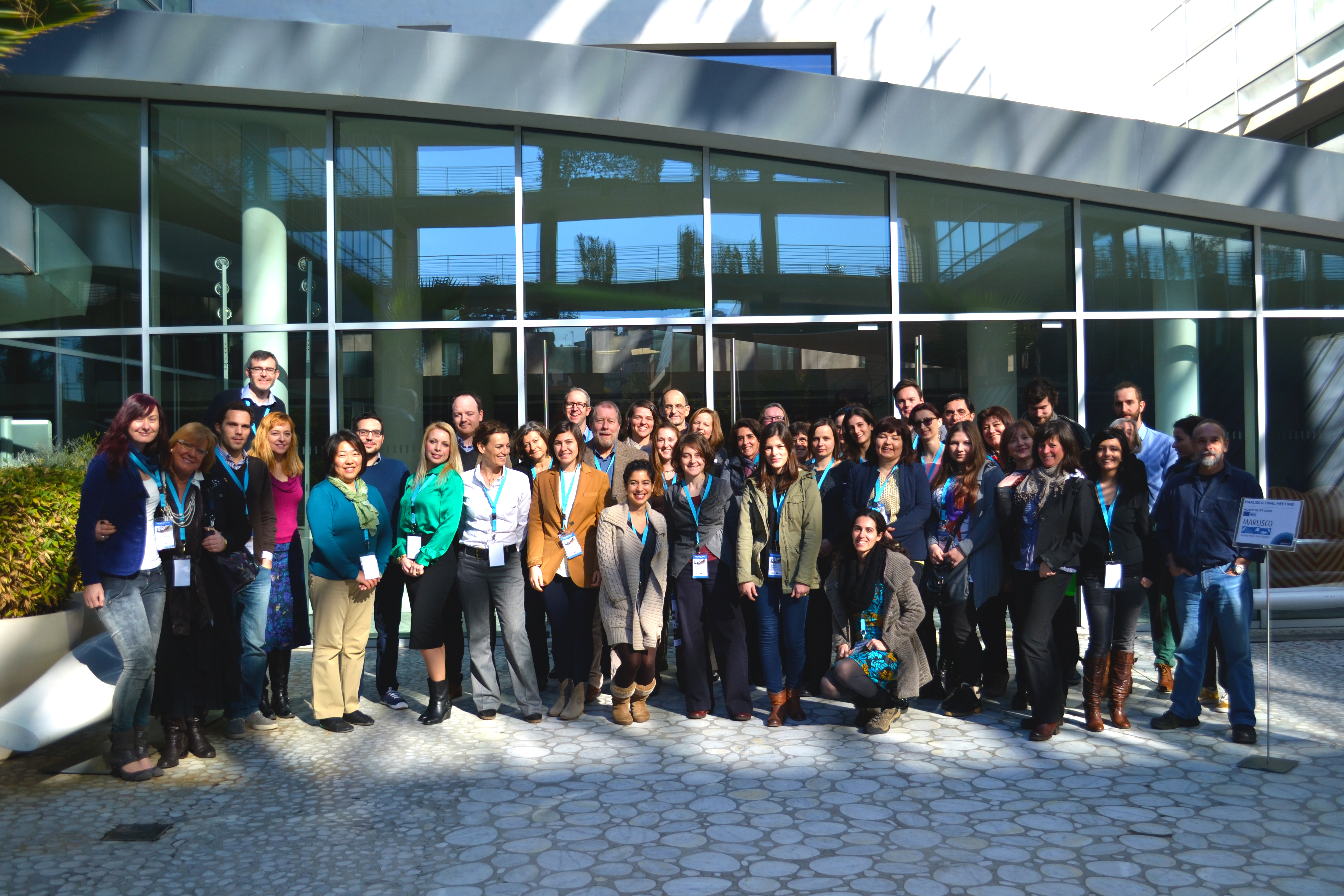