Every year millions of tonnes of litter end up in our oceans, such litter can kill or physically harm marine wildlife and impact on human health.

The event coincided very timely with Ireland’s Big Beach Clean Weekend supported and organised by An Taisce’s Clean Coast Programme in Ireland, which was feeding into a massive international effort through the ocean conservancy. The launch took place on Cork's Culture Night which opened the exhibition to visitors of all ages and walks of life.

The exhibition has also linked in with other MARLISCO project activities that took place in 2013, 2014 and 2015 and showed three short films on the big screen:

The MARLISCO Marine Litter animation Sources and impacts of marine litter by Irish artist and animator Jane Lee, was developed in collaboration with the Marlisco project partners. The short film, which premiered this year in April at the National Marine Litter Forum in Dublin, has been made available online and is receiving great feedback and interest from around the World.

Our three minute short provides an overview of the National Marine Litter Forum, which was organised by the CMRC’s Marlisco Ireland team in April this year and successfully engaged a live and online audiences. The event facilitated by Seán Moncrieff from NewsTalk, was the first of 12 marine litter fora being held across Europe as part of the MARLISCO project.

The exhibiton also integrated the interactive sandbox challenge. A sandbox containing small pieces of litter and natural objects from beaches has been displayed at our exhibition events and is a fantastic way of stimulating conversation with the younger visitors to the exhibiton.

The exhibition has also been part of the Celebrate Science Event on November the 9th 2014 in the Western Gateway Building of University College Cork, The MARLISCO Ireland teamteam were present with the Coastal & Marine Research Centre’s Marine Ecology Team, used a VHF radio-tracking display to track and locate the position of a “mystery animal” within the display area and discuss their tracking work of seals, seabirds, fish and jellyfish as part of the MaREI workshop events and the dangers posed by marine litter to animals in the marine environment.

The exhibiton undertook a residence over the Christmas 2014 period at Galway Atlantiquaria, in conjunction with the Baboro Trash Gnash Monster. A fantastic interactive video game and rubbish creature by Dr Sarah Knight from The Ryan Institute.

In February 2015, the exhibtion moved to Dingle Oceanworld Aquarium. The event linked with Oceanworld’s own marine litter display and education project. The exhibiton has since returned to Cork’s Lifetime Lab in March 2015, as part of the Marine Explorers fortnight. The exhibiton remains on display at Cork Lifetime Lab. 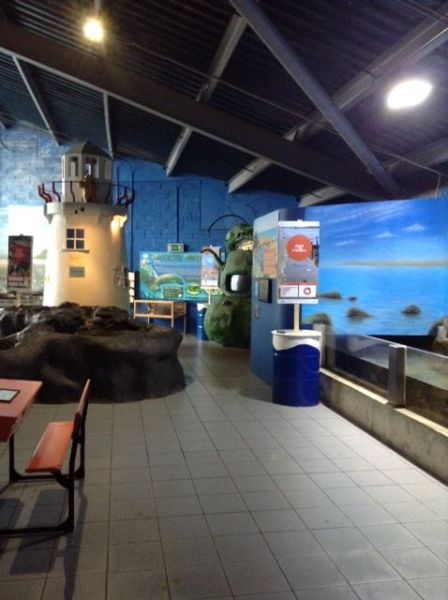 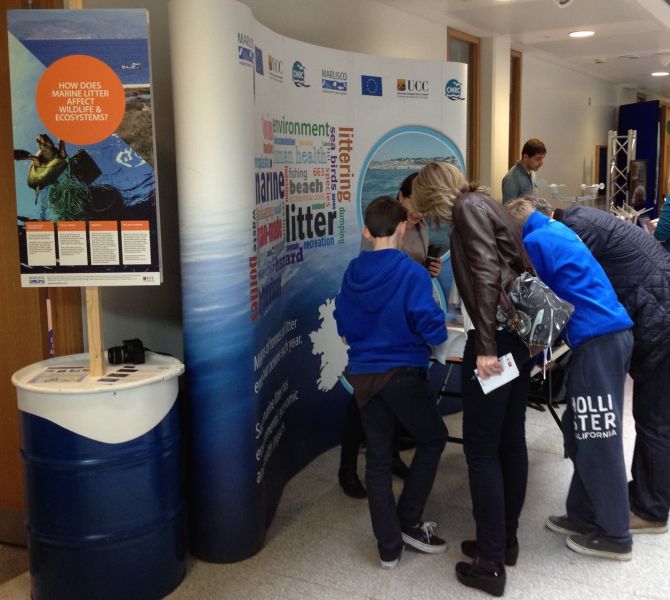 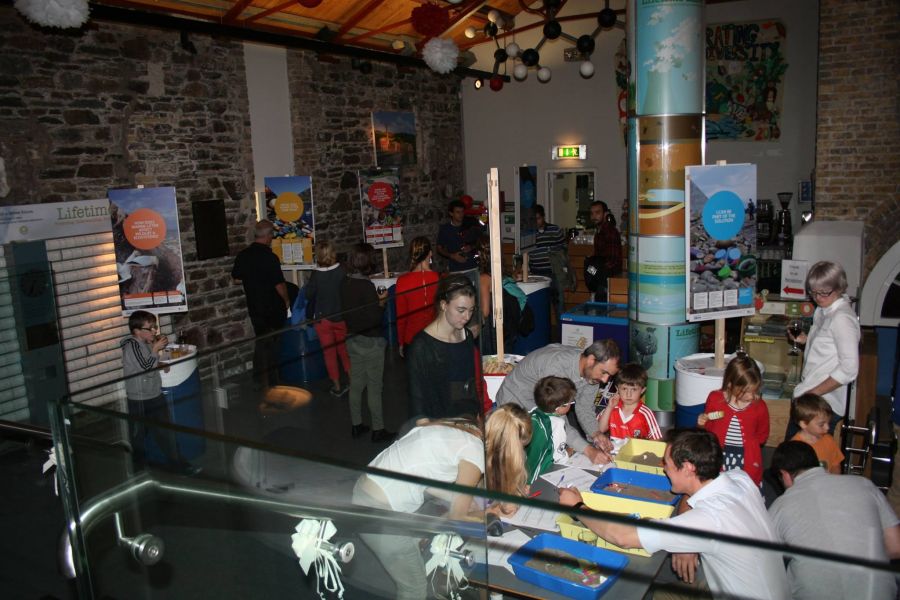 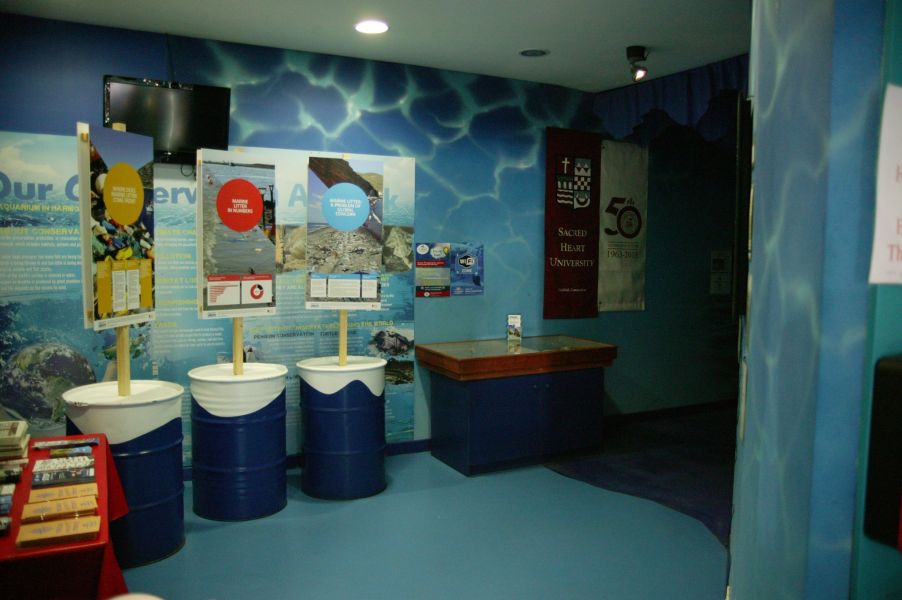